An action research project at Glastonbury Festival with the MA in Architecture at Central Saint Martin’s carried out in 2017 as the festival approached its 50th year. A team of seven researchers explored what we can we learn from Glastonbury Festival’s making of an Instant City? Drawing on Venturi, Brown, Izenor’s Learning from Las Vegas (1972).

The team investigated how culture, infrastructure and governance intertwine to frame the Glastonbury experience – its pleasures, collectivities and sense of security. The research team visited the site three weeks before the festival opened, arrived before the festival opened and stayed until after it closed. The aim of the research was to identify how the making of the Instant City could inform how we might think of cultural strategy and governance in placemaking for new communities.

Essay published in: Spatial Practices: Modes of Action and Engagement in the City, edited by Melanie Dodd, Routledge  (2020). 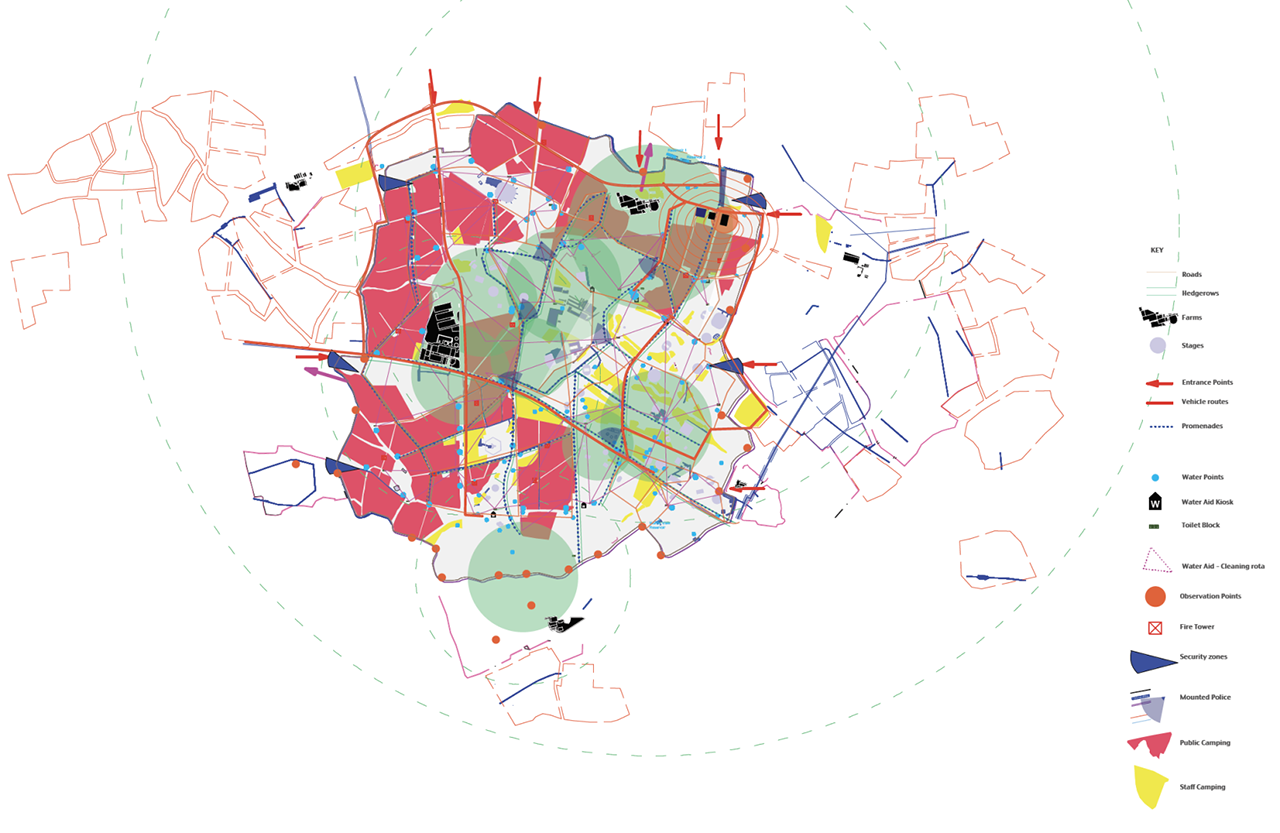