the long-term view – change in our hands 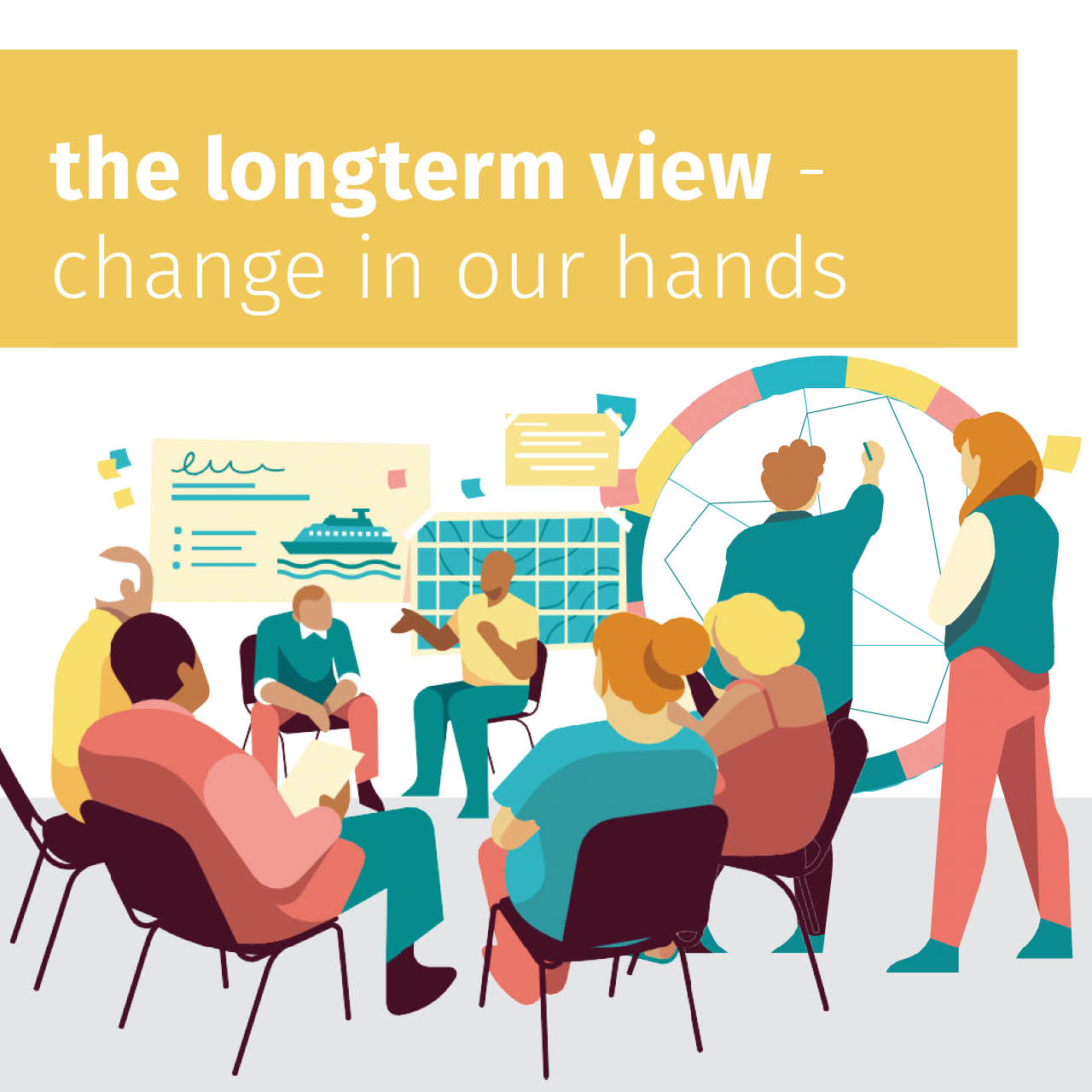 Since the declarations of Climate Emergency made in 2019 it has been imperative to translate that wave of reaction into policy and action. But in so doing it is important for communities to have collective agency in identifying the change they want to see and in envisioning the change it is possible to be.

Related to this is the question about what communities have collective agency over. It is existing public spaces, resources and assets (often neglected, contested, and underfunded). In some of the examples explored here it communities can have agency over land and development – not only through the planning system but as custodians and clients.

Architecture and Design Scotland in partnership with other key agencies have developed a Place Standard with a Climate Lense (2022) as an extension of their updated Place Standard (2022). The Climate Lense provides supplementary resources to help people think about climate change and decarbonisation in the context of their place. The tools are designed to be used in the revision of neighbourhood or local plans or when a community want to explore the potential of a large site.

“It is natural for humans to ‘get stuck’ in the present, in what they know from their own experience. We can all struggle to picture an alternative future or see how our places should or will change. Where existing changes are visible, they tend to be incremental or continuing trends. For most of us, it can be difficult to imagine what transformative change is. For example, what it would take to decarbonise our society between now and 2045.”

They set out what a net zero and climate resilient place might look like and identify a series of prompt questions for the twin challenges of mitigation and adaptation under each place theme. This initiative follows the mobilising of communities to create their own action plans through a network of community led climate hubs.

The pandemic showed how individually we can be vulnerable when our communities lack resilience and don’t have ways to change and adapt. In our hands: behaviour change for climate and environmental goals a report by the House of Lords Committee on Climate Change says a third of emissions cuts must come from people changing how they travel, what they eat and how they heat their homes. These changes are not simple consumer choices.

These are some examples where transformative change is being led by communities, designers and developers and where different kinds of sharing and landownership are being tested.

Civic Square, Birmingham – Is a project to develop a new public square and attendant buildings. Beginning with The Front Room a space created in a barge on the adjacent canal they are looking at how they can bring spaces and resources into community ownership. Part of their journey is the creation of a Neighbourhood Economics Laboratory, working with the Dark Matter and Doughnut Economics Labs at the neighbourhood scale. They are supported by Architecture00.

Waterloo City Farm, by Feilden Fowles in London brings the architect’s studio into a mixed-use site with a city farm creating an educational and neighbourhood resource. The rectangular site under the railway includes raised beds, sheep and pig sheds, chicken coops, workshop, outdoor kitchen, composting toilets and a large timber framed barn. The buildings were built economically mainly in timber and are designed for disassembly as the land was first available only on a short lease. Barn and farm were built for less that £500,000. 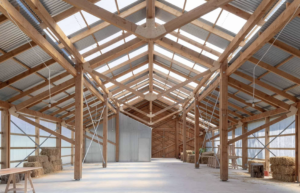 The Phoenix is a proposal for a sustainable neighbourhood in Lewes by Human Nature a development company led by former directors of Greenpeace. Responding to the need for ‘new breakthrough models of place, social inclusion and development…with new values and cultures to displace the cynicism and short-termism of real estate’. Human Nature have assembled team of urban designers and architects with skills in placemaking, building with timber and imaginatively re-using waste in construction. Building at higher density will enable more services to be concentrated on the site. They are also exploring how to foster a culture of sharing.

← thinking about making things – waste as a resource